Discover the Underground Crypt in Mellieha 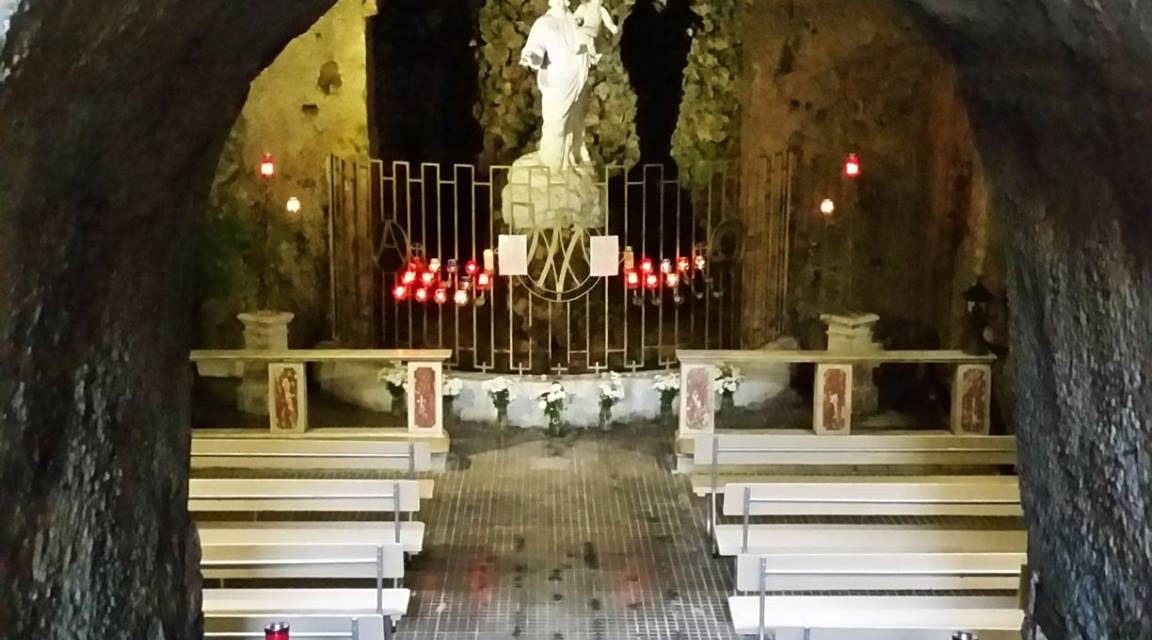 In the last article we went to visit the World War II Shelters in Mellieha an impressive historical complex in the city centre of this lovely town. Then I promise you that I will have brought you to the Sanctuary of Our Lady of Grotto.

Here we are 😉 Before we go in I want to show you the map of Mellieha. The two pins indicate the locations of the Parish Church and the Grotto, both in the down centre.

Sanctuary of Our Lady of Grotto

Mellieha Parish Church dedicated to the Birth of Our Lady, built between 1881 and 1898.

Mellieha is a popular tourism destination awarded with the EDEN award, as a European Destination of Excellence, conferred on it by the EU in 2009.

One of the many reasons that makes Mellieha unique is surely the elevated location of its core centre, all the village is lying on a group of hills on the northern area of Malta. This position gives to Mellieha a sort of sovereignty on the North East coast of Ghadira Bay (called Mellieha Bay), the Selmun peninsula, and St Paul’s Islands just about 80 metres off the coast ending on its East side to Mistra Bay, the eastern limit with the territory of St Paul’s Bay (click here).

Then Mellieha overlooks her northern territory that comprehends the large Marfa Peninsula, where locals appreciate in Summer a swim in Armier Bay and Paradise Bay, while the harbour of Cirkewwa is always crowded with the coming and going of tourists directed to Gozo.

To the South of Marfa Ridge, Mellieha boosts two others renowned bays: Anchor Bay (which is the natural set of Popey Village) and Golden Bay, the west boundary with Ghajn Tuffieha Bay being part of the Mgarr territory.

If nowadays a tourist looking for beaches, tranquillity, scenic views and nature will probably choose Mellieha, once upon a time Mellieha was moreover a pilgrimage destination, too much exposed to the pirates for being inhabitated.

We discovered along the Xemxija Heritage Trail, that it was also called “the pilgrim road” that the faithful used to walk to the Sanctuary of Our Lady of Mellieha. 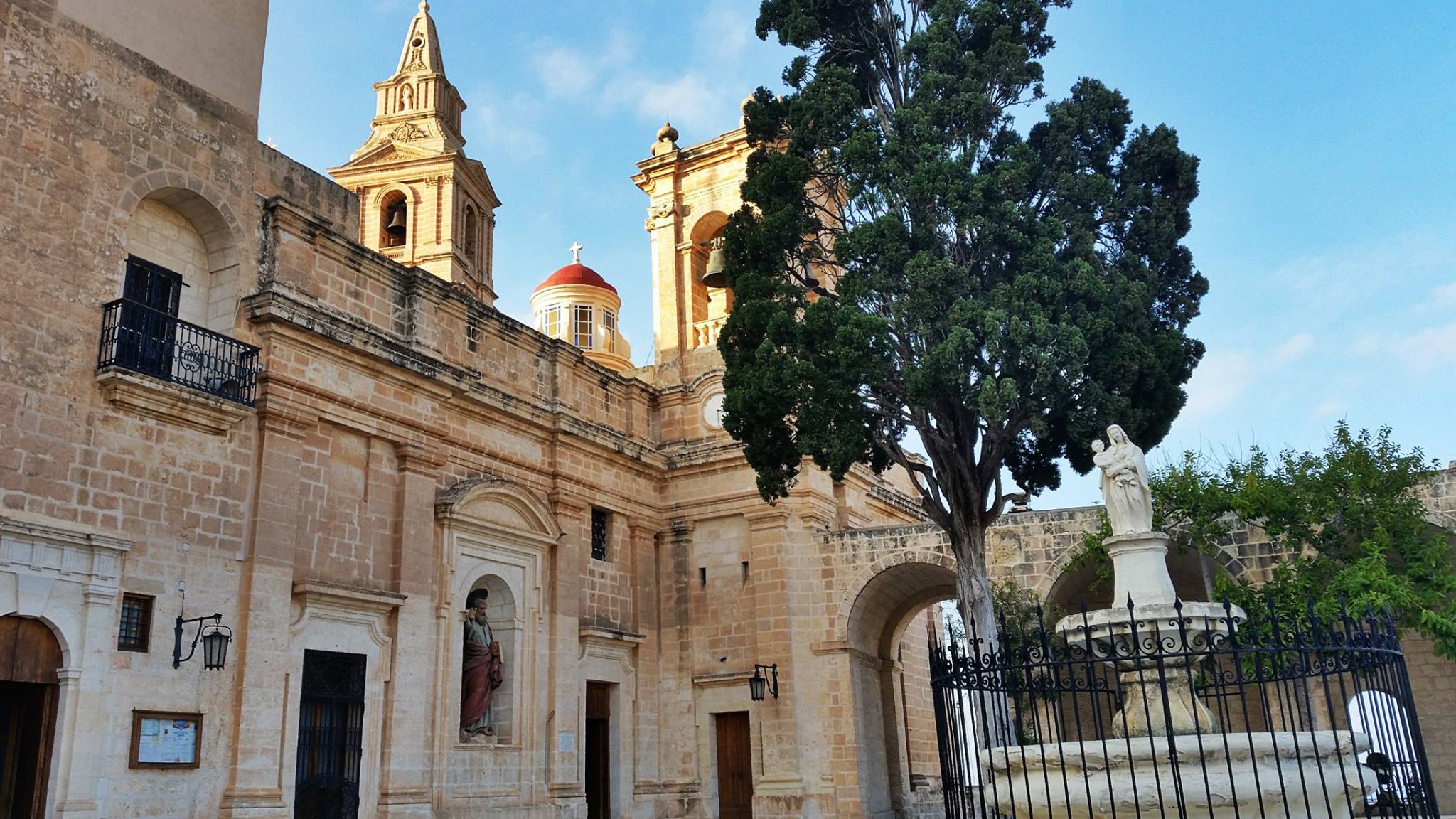 I visited the Sanctuary but I couldn’t take photos to share with you, so I invite you to come and explore Mellieha, maybe in the most colourful moment of the year during the Feast of Our Lady on the 8th of September 😉

What is preserved in this beautiful Sanctuary is the Icon of Our Lady that has been dated at around 1000-1100 AD and shows Byzantine-style characteristics. The lower part of the Icon soffered the attack of the corsairs in 1614. Even if Mellieha was so exposed since antiquity the Santuary was so much in the heart of the locals probably because, as the tradition wants, St Luke, who shipwrecked with St Paul near Mellieha, painted the figure of Our Lady on the bare rock-face of a natural cave, where now is the Sanctuary. (Click here to discover more about St Paul’s shipwreck). 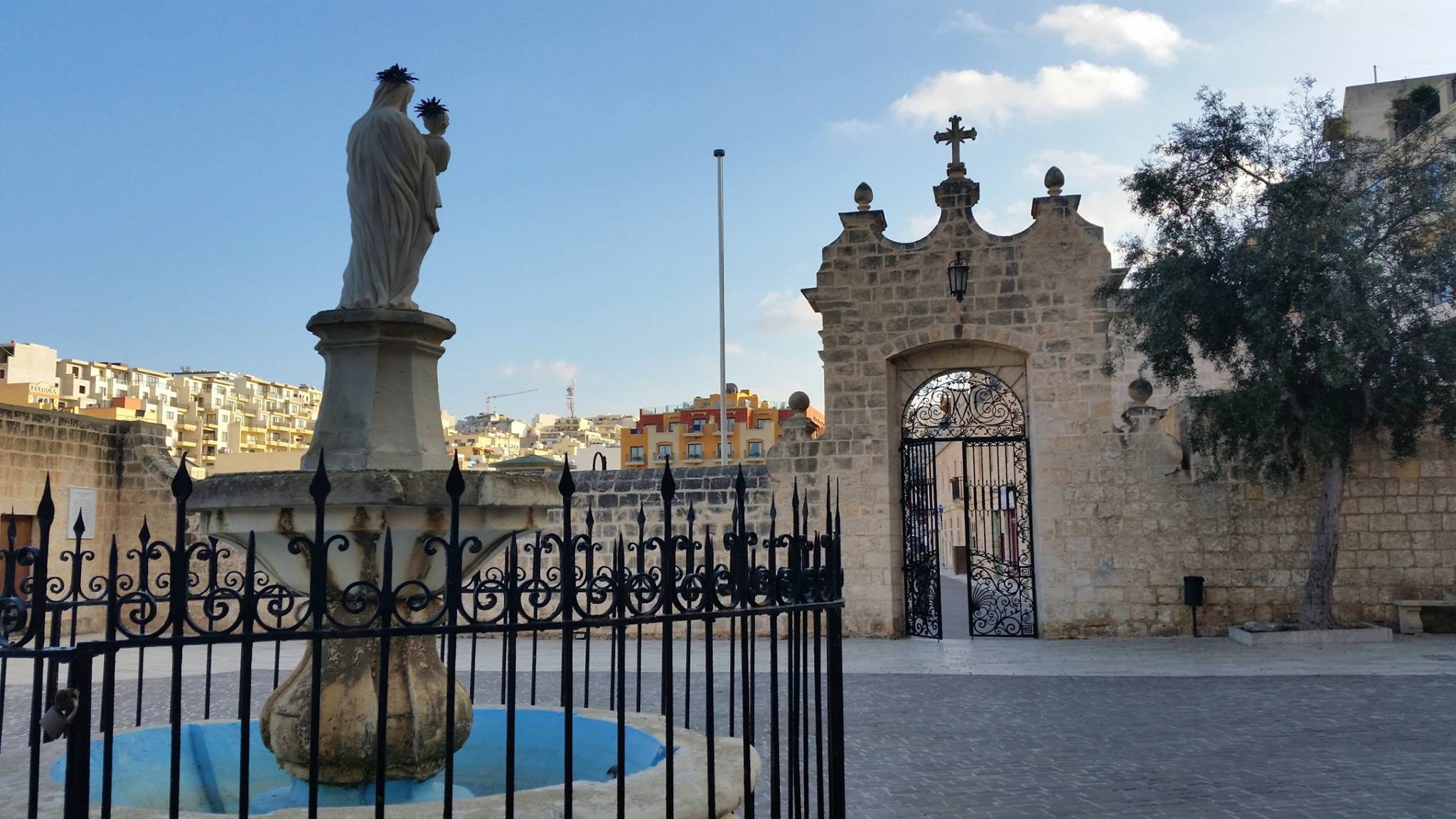 Walking out from the Sanctuary after the visit of the World War II Shelters (Click Here) I went to explore the underground crypt known as the Sanctuary of our Lady of the Grotto. 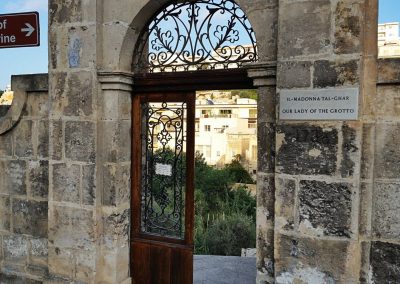 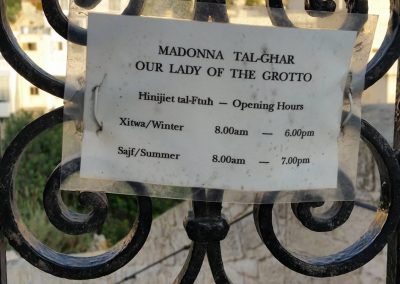 Walking down the stairs to get the crypt I met near a olive tree Antonio, a 85 years old Maltese volounter. He gently started speak with me in Maltese. I told him that I don’t speak his languange but anyway I manage to undestand him. He showed me a tree and he told me “Zebbug“. Well, after all the experience with Zejtun I could understand that he was referring to a wild olive tree. (Curious to know why? Click here)

In fact the beauty of the crypt is that it is cut in the rocks in the heart of Mellieha and built over a source of spring water. 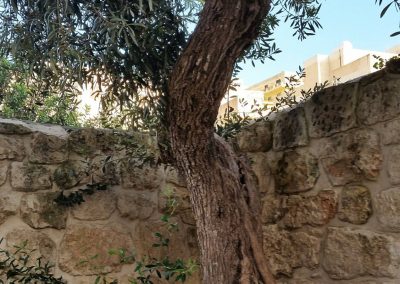 Antonio accompained me to the Crypt and he showed me the spring water beneath the statue of the Madonna holding Baby Jesus. The crypt is considered sacred for the many miracles happened here; in fact, together with the Sanctuary it has been a place of pilgrimage over the years.

A paper in the Grotto reports that it was constructed by Mario de Vasi, a Sicilian merchant, in 1644. He was greatly devoted towards Our Lady and he paid for all expenses for the passageway and crypt to be cut into the rock to create a small chapel where the spring water could freely flow. 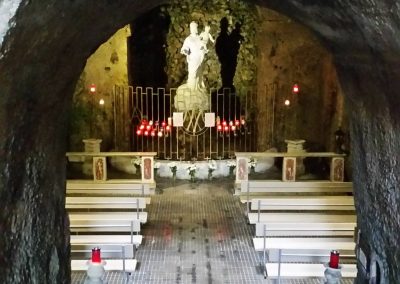 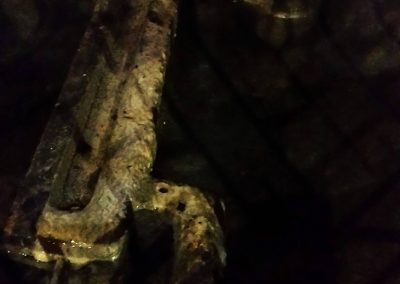 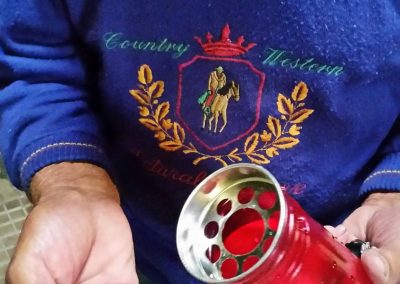 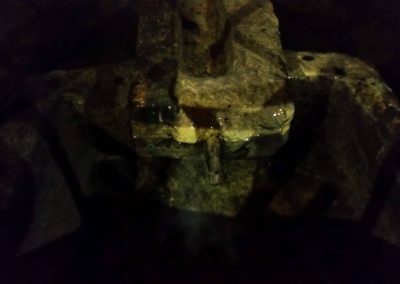 I can say that my experience of the Grotto was of a Holy place able to clear my mind by the surplus of unuseful thoughts. You can really enjoy a moment of true peacefulness and feel light. 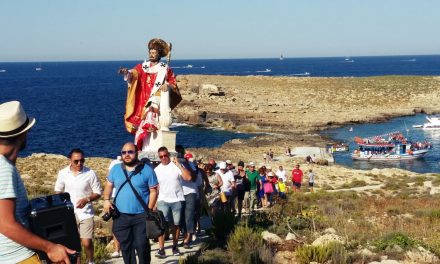