Settling in, words by Nick an Englishman in Malta

Posted by Nick | | An Englishman in Malta, Experience Malta, People in Malta | 0 | 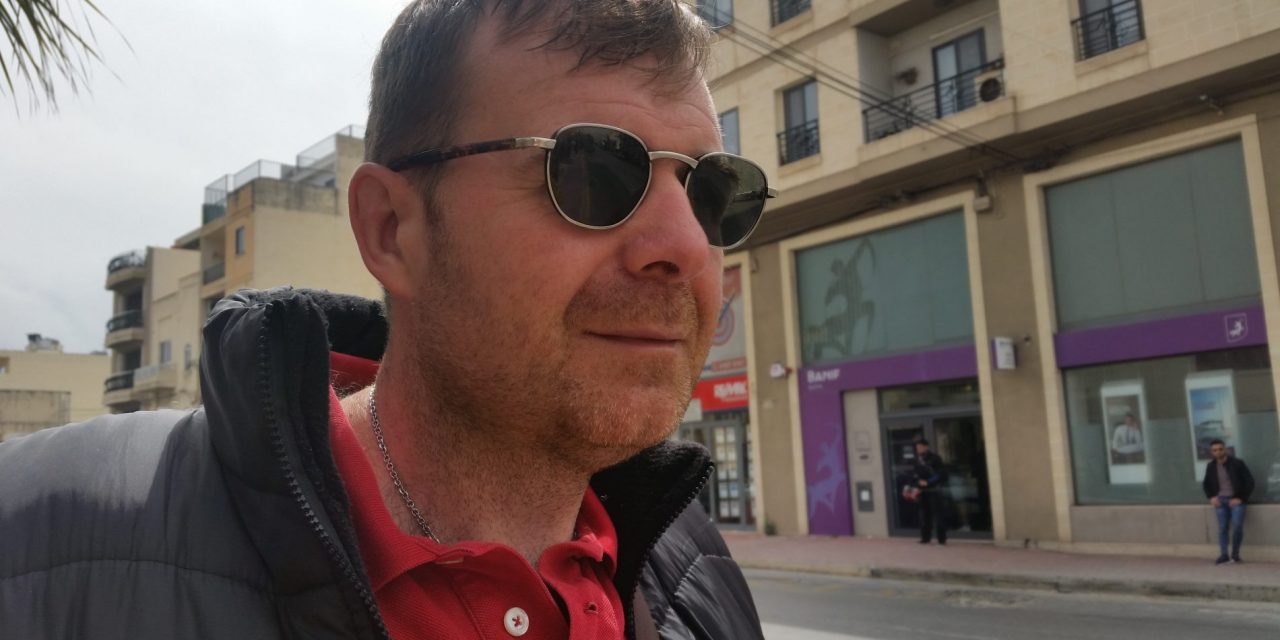 As an Englishman leaving the UK the reception received on foreign soil can be a pretty much hit and miss affair, especially in Europe.

Admittedly over the years we haven’t really helped ourselves. From terrorising everyone with our football fans in the 80’s/90’s to more recently voting to leave the EU and suggesting we are better off on our own. In general apart from when I’m spending money, I’m normally made to feel as welcome as Gary Glitter at a playschool when it comes to travelling abroad.

Luckily for us the vast majority of Maltese welcome us with open arms, probably due to our long and special relationship dating back to the early 1800’s. From that time up until their independence in 1964, Malta had been under British rule and is still part of the British Commonwealth. Although it is a small island, it played a pivotal role in helping us defeat the Germans in World War 2, gaining the unenviable honour of being the most bombed place on Earth.

Moving to a new area can be hard, moving to a new country is a whole new ball game. Luckily when I first arrived I was working in a gym, so met lots of different people on a daily basis which made settling in a lot easier. I was also lucky that those working at the gym were a very sociable lot, so I was always out and about and never once felt homesick (why would you?). Despite being teetotal for almost two years prior to arriving, I soon embraced the Maltese culture and gradually started improving on my one shandy a night (one and a half if eating) drinking capabilities, to quite a bit more.

As my alcohol consumption increased, it wasn’t long before I was welcomed into the local British expat community. In St Paul’s Bay in the North of the Island, there are three main communities, The Maltese (obviously), The British and The Italians. St Paul’s is quite a multi national/cultural area, with mainly Eastern Europeans, Arabs and Africans making up the numbers.

The British expat community generally are either, retired, own a business, work in online gaming, hospitality or pestering holidaymakers trying to sell timeshare. Luckily Malta doesn’t really appeal to the chav type Brits that blight the UK, so I don’t mind socialising with them here. Although I’m sure that we all have our hard times, most British here appear to be just grateful for the sun, easy way of life and tend socialise like they are on a never ending holiday. 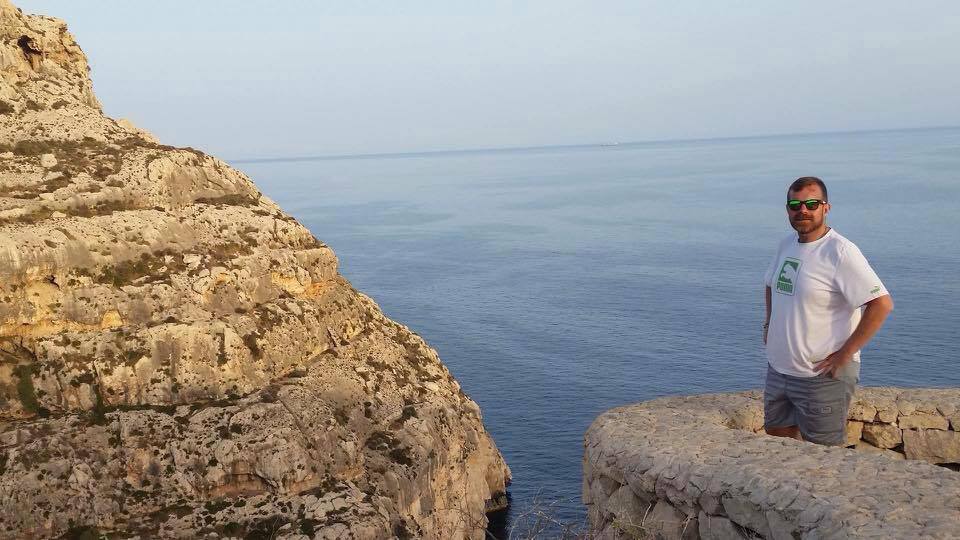 The Italians tend to stick together a bit more and try to help each other out more than others, nothing bad it’s just their culture. The Italian community also seems to be a bit younger and more career focussed than the British, probably due to the ridiculous tax situation in Italy. For many Malta offers a far better opportunity to earn a fair living, although the similar climate probably makes it less of a holiday experience than it does for us. Unfortunately the Italians also have the British mentality when it comes to learning a foreign language, they generally don’t. Although most have a very basic grasp of English, it can be hard to have a decent conversation with many Italians, so I don’t usually socialise with them without my trusted translator.

When it comes to language The Maltese actually put us to shame, as both English and Maltese are official languages and spoken fluently by many in the North of the Island. The more senior Maltese are also pretty fluent in Italian too, mainly picked up from watching TV when Malta only had Italian channels. As they speak English and don’t mind a beer, you will normally find them socialising with us Brits or anyone who appears to be friendly.

I’ve always tried to learn the language of whatever in country I have visited and know that I should really learn more Maltese. I have a very basic understanding but that’s about it, as my friends tend to teach me the less useful words that aren’t really helpful in day to day life. Saying that and being totally honest, at the moment it’s hard for me to justify the time needed to learn a new language when I don’t really need to. I appreciate that sounds typically English and it may annoy some Maltese but I’m just being pragmatic. As English is an official language and everyone speaks it, for me it’s a bit like learning sign language to speak to my English friends…nice idea and good for the brain but not essential. “Mela” it is on the things to do list, so maybe one day I will surprise everyone “ta”.

Finding somewhere to live in Malta is pretty easy, as there is a real property boom at the moment with buildings seemingly being built everywhere. Most of the British expats tend to rent, which is pretty easy but as prices are on the increase it isn’t always that cheap. You also have the minefield of water and electricity tariffs, which depending on the integrity of your landlord can differ immensely. Luckily we have a great landlord but as in England (and probably most countries) you do get a few dodgy ones, especially when it comes to getting your deposit back.

Many Maltese will move to the more coastal towns for the Summer, which will does impact on the availability and price of properties. It always amuses me that some families will go through the stress of moving home in the Summer to be near the sea, when the Island is so small anyway. I remember speaking to a family who lived in Xemxija and relocated to St Paul’s Bay every Summer, despite it being just a 20 minute walk and both towns are by the sea.

Finding work in Malta is relatively easy, particularly because the country has some of the lowest unemployment figures in Europe. That doesn’t mean that you will find the job that you want or will make your fortune but I gave up the money dream for quality of life and am far happier because of it.

I actually worked in recruitment in the UK for almost 15 years and recently tried helping a local business with a recruitment drive, as usual I was full of never ending optimism and confidence. I failed miserably! Despite offering an excellent opportunity with good pay and having a fair bit of interest, when it came to arranging interviews no one showed. It really is a job seekers market which is great if you are looking for work, not so great for the employer.

As the UK is still part of the EU, getting the appropriate documentation to work etc is reasonably straight forward. How that changes after Brexit ever happens, who knows? But like most things I will worry about it when/if it ever does and with such a strong history between the two countries, I’m sure we will be ok.

Depending on your employment status (employed or self employed) there will be various hoops that you need to jump through to be able to work. For many the first challenge is obtaining a social security number, or national insurance as it is in UK.

My experience in dealing with public sector for documentation in the UK, was always painful and highly frustrating. Regardless of my cheeky smile and polite banter, I always got the impression that whoever I got lumbered with were just looking for the first opportunity to say no and prove that they had a bit of authority in their life.

Prior to my visit to get my social security number I was prepared for the worst and had decided that my humour and smile were best left at home. To my surprise I was greeted with smiles and helpful advice, they even filled some of the forms out for me! It was only right that I returned the favour with a few funnies and they loved it. The whole process took less than 30 minutes, which included waiting time and could not have been easier.

In fact the whole process from social security to ID card was pretty much the same. I’ve heard many people moaning about the speed of the process and over exaggerating on the impact that it had on their lives but some people just like moaning. I couldn’t help cringing at the attitude of some, all sorts of huffing and puffing especially when getting my ID card. Maybe some of the processes could be speeded up a little but this is Malta and it is how it’s done. As with most things if you have an attitude or get a bit stroppy, people are far less likely to help you.

The fact that the Maltese are so welcoming and speak English, really does make the settling in process very easy for us English. However because we speak the same language, some may have the same expectations of efficiencies and service that we had (and probably moaned about) in the UK. It’s worth remembering that we are in a totally different country, in the very South of Europe with most of us choosing to be here because it’s better than the UK. If the Maltese are happy with the way things are done and don’t have a problem with me over it, then I’m more than happy to go along with it. 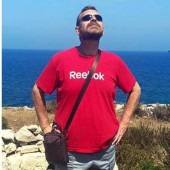 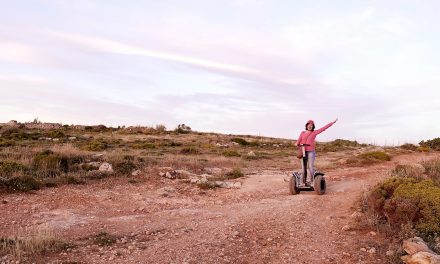 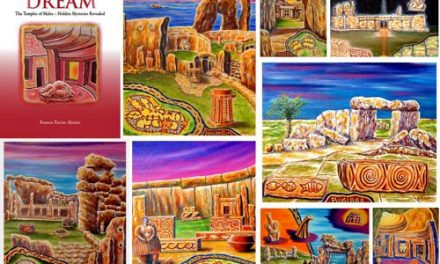 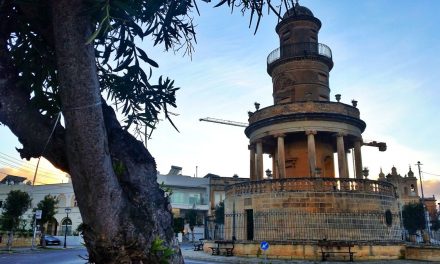 Lija a village between dream and reality